On Sunday, November 1, the 18th Tenku Festival was held, marking the first time in APU’s history that the event was held online. Although the university considered cancelling the festival altogether because of the pandemic, a decision was made to hold it online due to strong calls from the students who wanted to hold a festival in APU’s milestone 20th anniversary year.

This year’s theme was “A History 20 Years in the Making and the Road Ahead,” and participating organizations showcased their achievements to express their gratitude to the many people who have supported their activities to date.

Performances typically held on the stage in front of the fountain were streamed on YouTube. The double dutch, K-Pop, African dance, and traditional Vietnamese dance performances brought some international flair to the festival, while performances by the Ichariba Okinawan dance club, Arauma “CHIYO,” APU Nagauta Shamisen club, Wadaiko Raku, and Yosshakoi club served to broadcast traditional Japanese culture to viewers around the world. There were also guest appearances by Mejiron, Oita Prefecture's mascot, and President Deguchi.

One of the festival’s biggest draws are the food booths, where visitors can enjoy flavors from around the world. This year, the students in charge of the booths broadcast themselves cooking and shared their recipes.

Volunteer groups and other organizations also showcased their activities, and the Tenku Festival Organizing Committee planned special events and projects. Making the most of the online venue, they gathered messages from students and posted them in the background of the stage for everyone to see, and enlisted the help of international students in 11 countries to give virtual tours of their hometowns. 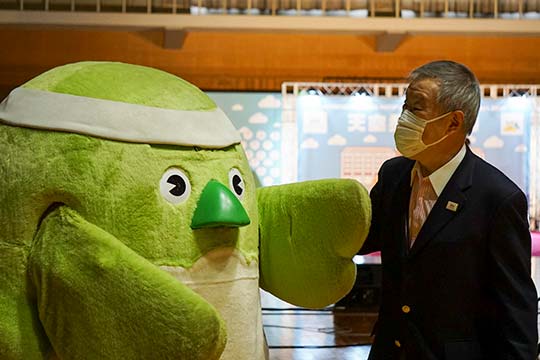 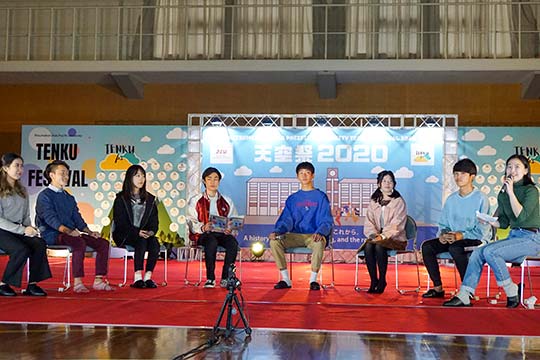 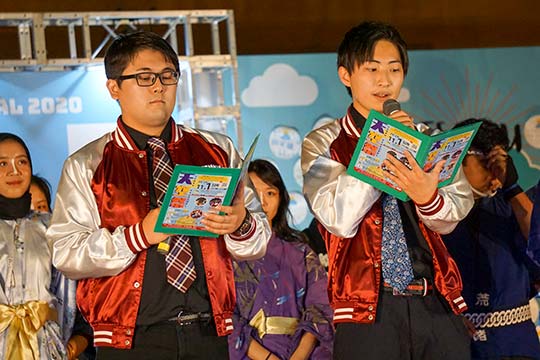 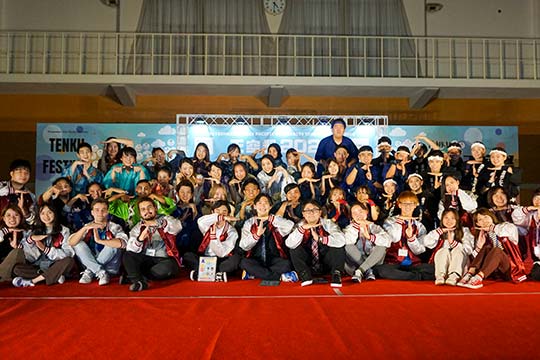 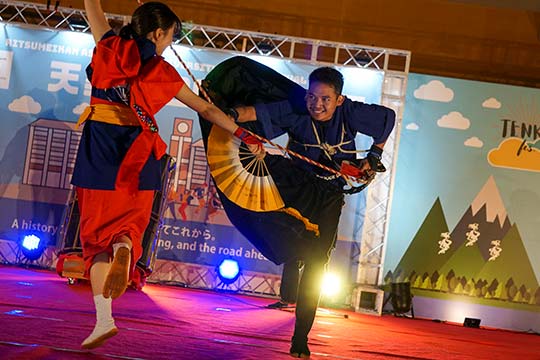 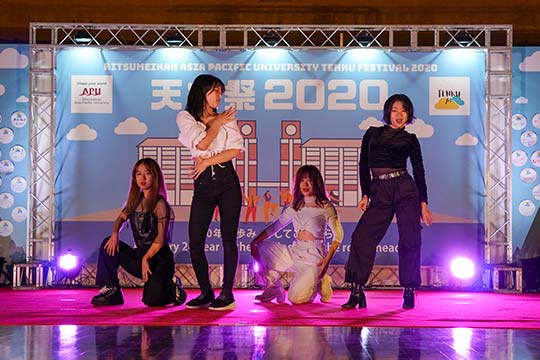 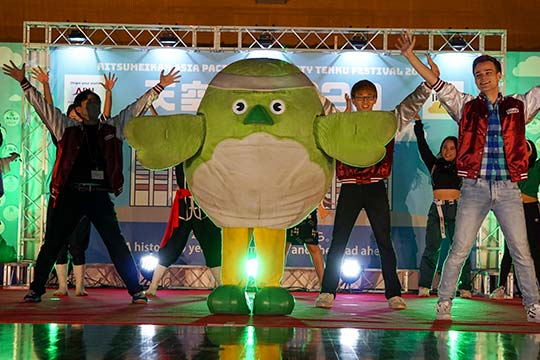 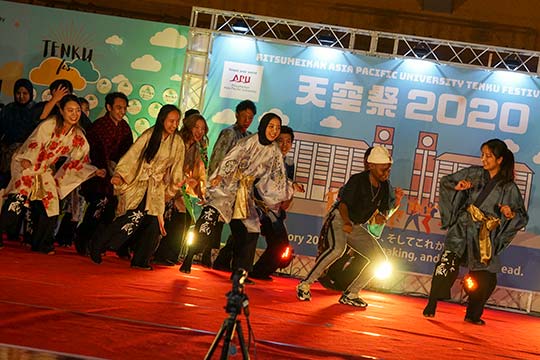 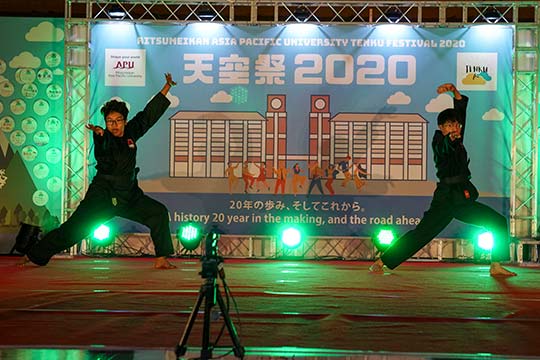 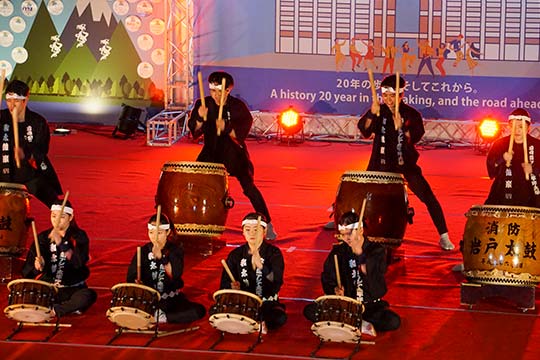 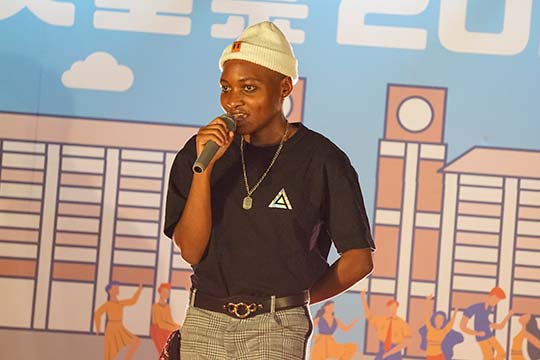