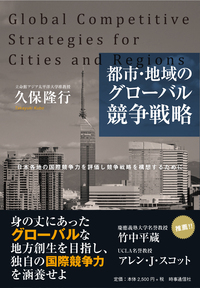 Professor Kubo's book was chosen based on the evaluation that, "This is an ambitious work that systematically surveys the theoretical framework of Global Urban Theory, makes a comparative study of the structure and characteristics of the main Global Urban Ranking, which is considered to be a demonstration of Global Urban Theory, and tries to develop the creation of a global strategy in Japanese cities based on metrics common to the Global Urban Ranking (...) It is expected to provide useful methodologies for vision creation and policy-making in the sphere of local governments as it contains a very large amount of information, has a good grasp of the research on the level of global cities, and further, extends to the level of regional hub cities."

In his award speech Professor Kubo explained that he analyzed the hierarchy and ranking of cities in his book based on Fukuoka as a model, and he pointed out that even regional cities that are in decline could develop autonomously through understanding their global positioning and by forming networks. He stated that he hoped those involved in urban and regional development would use his book as a reference. He concluded his speech by expressing his thanks for the various opportunities he has received since joining the Society in 2013.

Reflecting on his award, Professor Kubo remarked, "As a member of the faculty at APU, I am very honored on this occasion to have received such a prestigious award with such a long history. This book could not have been published without a great deal of help, including a grant from APU for the purpose of publishing academic books. For everyone who supported me in this endeavor, I thank you from the bottom of my heart." 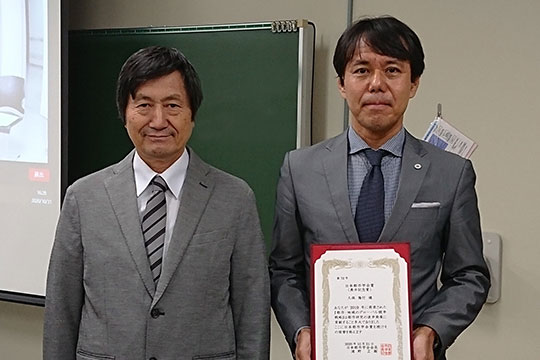