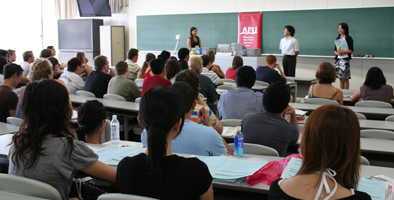 APU welcomes not only many regular full-time students from overseas, but also those who choose to study on a temporary basis, such as short term exchange programs. In comparison to other Japanese universities, APU's flexible academic system, which boasts a bilingual education system as well as semester, quarter and session classes, allows international exchange students to undertake a course that best suits their needs.

A total of 77 international exchange students will join APU to study during the 2007 Fall Semester. These students hail from APU affiliated universities in 21 countries and 49 regions worldwide, including amongst others Icelandic and Dutch universities, which recently entered into an exchange agreement with APU in the past year. 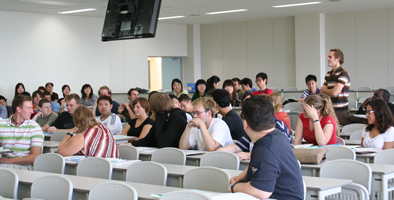