Approximately 50 APU international students from 21 countries and regions, including Indonesia and Australia cheered on the Ritsumeikan Sumo team at the "48th All-Nippon University Sumo Championship", which was held in Usa on 3rd May 2008. 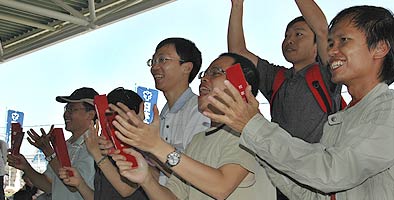 On this occasion, since the championship was held in Oita prefecture, Ritsumeikan University organised the supporters' bus tour to offer APU's international students a taste of Japan's national sport and also to encourage exchange between students of APU and Ritsumeikan University. The wrestling venue was full of enthusiasm and cheer for "Ritsumei" and the Ritsumeikan Sumo Team fought bravely to finish in the top eight in the team competition. 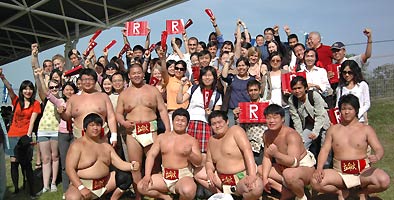