Smoking on campus other than in the "Smoking Shelter" is banned as of September 1, 2008, in an effort to realize the smoke-free campus.This is in accordance with the Ritsumeikan Trust's decision to ban smoking in its premises (for the smoke-free campus) following the enforcement of the Health Promotion Law. The Law requires school administrators to take due measures to prevent passive smoking on campus. The shelter was set up as a transitional measure before
smoking is totally banned on campus from 2013 onwards.

Your cooperation would be most appreciated. 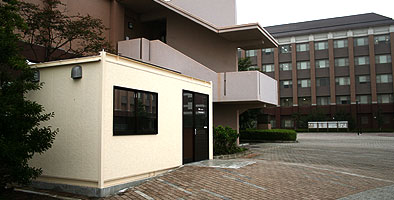