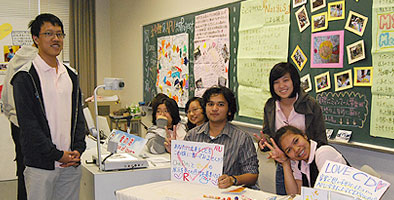 There were exhibitions by 3 APU Volunteer Circles (PRENGO, Ai no Nami, Sun Piccolo Project) of their various activities; a display by World Cooking 'Aroi' of international recipes; a joint exhibition by APU Photo Club, Rits Photo Club, Rits-TEKKEN (RU), and Travel and Traffic Study (APU); and a traditional Korean dance street performance by Samulnori group 'Shinmyon'. The displays were well received by the audience. 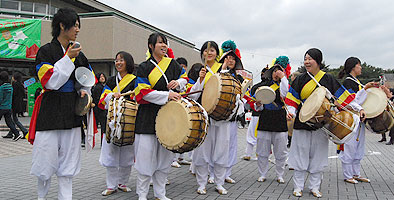 It is hoped that mutual understanding and learning between the two universities and their students can deepen through such circle and group exchanges. 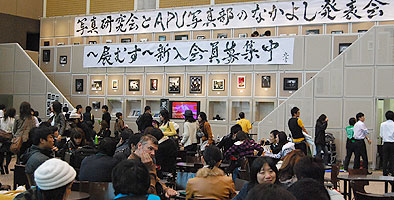