Japanese Week began on Monday, December, 15, 2008 and will hold a range of events to introduce Japanese traditional culture. 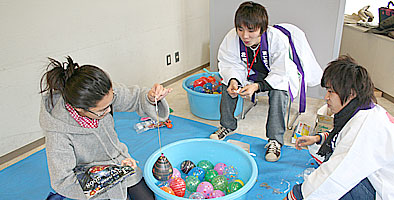 During the week you will be able to have a go at Japanese calligraphy, try on Yukata and happi (traditional Japanese costumes), try making rice cakes (free tasting) and try your hand at Yo-Yo fishing and target shooting at the stalls introducing the culture of 'Japan' which will be nostalgic for domestic students, and something new for international students. On Friday 19 (the final day) you will be able to see a powerful play performance with a historical Japanese theme at the Millennium Hall. 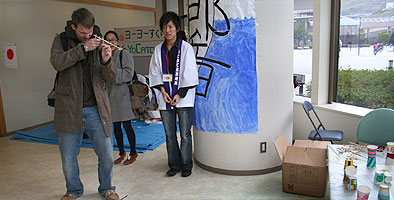