"Multicultural Weeks" are being held again this year on the APU campus. Held over a month, this event will put the spotlight on the 98 countries & regions represented on the APU campus and introduce their different language and cultures. The 2nd installment, "Vietnam Week", is now underway and will run until Friday 18. 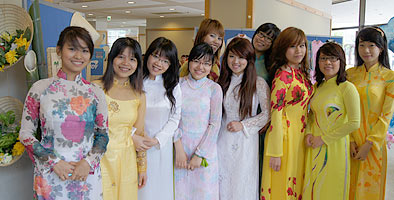 During Vietnamese Week, people will be treated to a host of Vietnamese food available at the Cafeteria and also get the opportunity to have their photo taken in a traditional "Ao Dai" costume. There will also be a number of events to get involved in including a Vietnamese photo exhibition, soccer tournament, and photo contest with a cash prize. The final day of "Vietnam Week" will feature the "Grand Show". Entitled "A thousand year RIVARLY" and based on a traditional Vietnamese mythical story, the event will showcase an "Ao Dai" fashion show, traditional dance and music performances, and a martial arts display.
We hope to see you there! 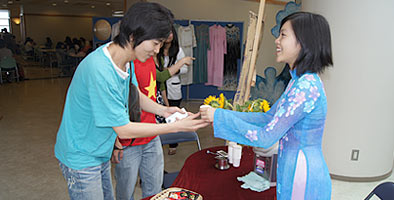 Monday, June 14 – Thursday, June 17, 10:00-19:00 @ Pacific Café
Vietnam Week Photo Contest Display
*Pictures submitted during Vietnam Week will be displayed and the winning pictures, chosen by the Management Team, will be announced before the Grand Show (June 18, 18:30-18:45).

*The participating countries for the Spring 2010 Multicultural Weeks are as follows: 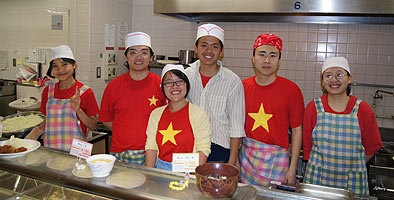