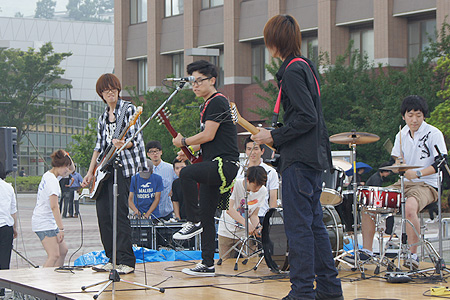 The next installment of the AY2011 Multicultural Weeks, “Korean Week”, kicked off on Monday June 27 and will run until Friday July 1. During the week, a number of colourful events will put the spotlight on the unique Korean culture and language.

This year’s Korean Week will feature a range of events including the “Korean Wave” outdoor live dance performance of popular K-Pop songs. Event goers will also be able to try on traditional Korean folk costumes and make Korean-style hand mirrors. On Wednesday June 29, Korean students will lead a cooking workshop on how to make kimchi and bibimbap. Korean food will also be available at the Cafeteria at reasonable prices.

Held on the final day of the week, the “Grand Show” will feature a musical arrangement of the popular Korean folk story that has been performed time and again in theatre and films: “Chun-hyang Jeon”. The show will feature a range of traditional Korean performing arts including a Taekwondo display, Samulnori, and a traditional fan dance from the island of Jeju-do. 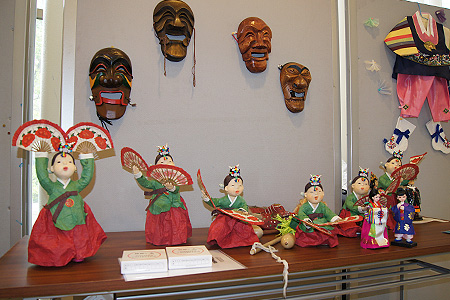 Monday, June 27. 19:20 – 21:30 @ The “Wave” Amphitheatre
“Korean Wave” Dance Event
Students that made it through the audition stage will be performing a dance and song routine of K-pop songs including Girl’s Generation, KARA, SHINee, Big Bang, and more.

Wednesday, June 29. 13:00-15:30 @ APU Cafeteria
Korean Cooking Workshop
Come along and enjoy making Korean kimchi and bibimbap under the guidance of Korean students. This event is open to the public so please be sure to come along!
Registration deadline: Tuesday, June 28. 22:00
Fee: 500yen for ingredients
NB: Please click here for more details 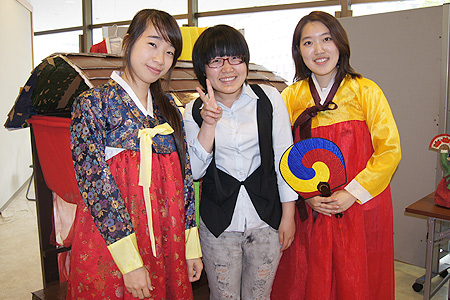