The second installment of the Fall Semester 2011 Multicultural Weeks, “Japanese Week”, kicked off on Monday December 12 and will run until Friday December 16. During the week, a number of colourful events will put the spotlight on the unique Japanese culture and language. 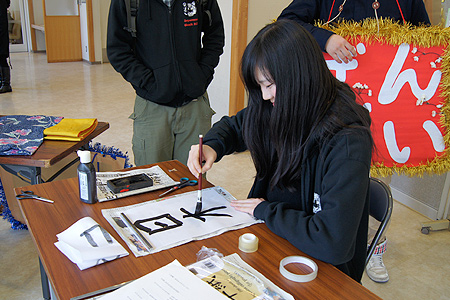 APU is currently home to students from 78 different countries and regions around the world. "Multicultural Weeks" offer students the opportunity to take the central role in planning a week-long event that puts the spotlight on one of the many nations represented on campus, its language and culture.

Featuring a range of events including Japanese calligraphy and Japanese rice cakes, this year’s program will focus on Japanese traditional culture and the Tohoku Region as a show of support for the earthquake and tsunami reconstruction process. Event goers will also be able to try on a Japanese yukata and hakama (traditional Japanese costumes).

Held on the final day of the week, the Japanese Week Grand Show will tell the tragic story of the Byakkotai - a legendary troupe of teenager warriors in feudal Japan - through a Japanese calligraphy display, a Japanese tap dancing performance, and much more. The theme for this year’s show is “Kizuna” (lit: bonds)
We look forward to seeing you there. 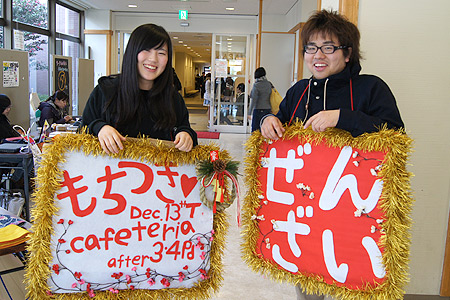