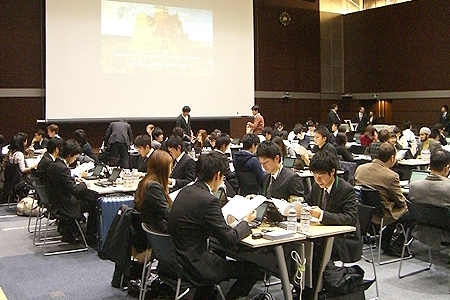 Each four-member group in the competition took on the role of a business strategy team through a range of business simulations for an independent pharmaceuticals company. As managers, each team player was required to make the best decisions for the company regarding sales, research development, and business strategy, while also keeping an eye on the competition and market trends. After making decisions for a total of nine five-year plans, each team was judged and ranked on their profits and assets. 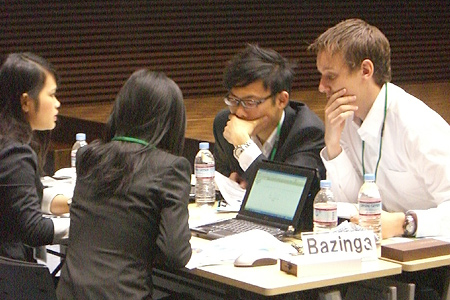 A social gathering was held following the conclusion of the competition during which the President & Chief Executive Officer of Takeda Pharmaceutical Company Limited, Mr. HASEGAWA Yasuchika, presented the winning teams with a certificate and memento. Mr. HASEGAWA visited APU in December 2010 as keynote speaker at the 15th Top Executive Lecture.

Team member, PHAM Le Hong Phuc (APM4, Vietnam) commented on the team’s success. “This was a wonderful opportunity to experience what it’s like to be part of company management. Being able to claim second place over other very strong teams is a testament to our good communication skills and the way we shared the responsibilities. These are exactly the attributes that have been nurtured by the multicultural APU environment”. 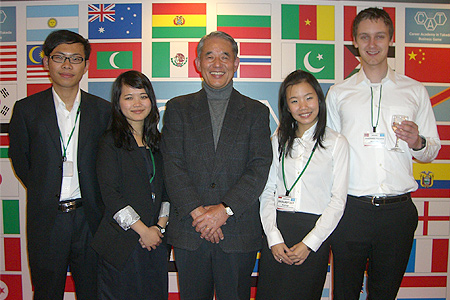