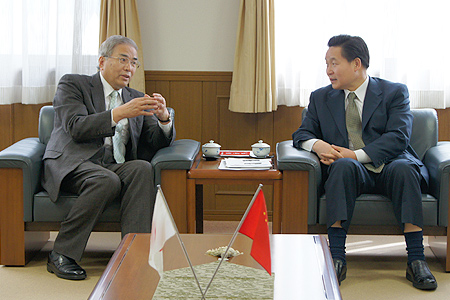 During their discussion, President KORENAGA introduced some of the features of APU including its unique education system and ratio of international students. He also added that: “The differences we have in our views towards history will not disappear in the short term. However, inter-person exchange through tourism can play an important role in changing the way we view each other”. In response, Mr. ZHANG said: “We must dedicate many months and years of hard work to building the China-Japan relationship. In China we are actively encouraging students to study abroad and I hope that more Chinese students will study at APU in the future for the benefit of China-Japan relations”.

Mr. ZHANG then met with a group of APU Chinese students and spoke about the current situation in China and offered a few words of advice based on his own experience of studying abroad. In response to a question about life, study and employment in Japan, Mr. ZHANG offered a few words of encouragement: “Chinese students studying in Japan play an important role in creating a positive relationship between China and Japan. Furthermore, I feel absolutely certain that the experiences you gain from studying at an international university like APU will greatly benefit your future career”. 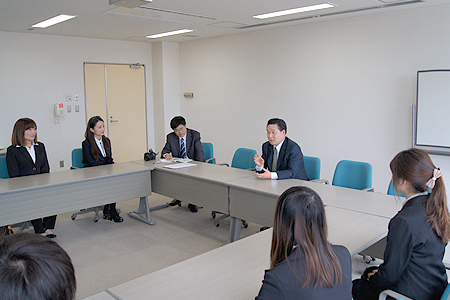