On Wednesday, April 25, 2012, a ceremony was held to mark the start of the Iwata Academy - APU/Ritsumeikan Course. The ceremony was attended by 16 first-year Iwata Academy students, their parents, and representatives from Iwata Academy and APU. Also attending were the APU student Teaching Assistants (TA) that will be involved in this course. 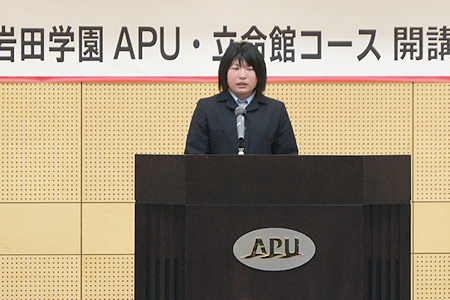 During the opening ceremony, APU Vice-President, HIRATA Junichi offered a few words of encouragement before presenting each participating Iwata Academy student with an APU library card, “Out in the real world you will be faced with all sorts of situations that you won’t find in your textbooks and you will be called upon to think and act for yourself. University is the place where you should develop the skills that help you do just that. During your time on this three-year course I hope that you will learn how to size up different opinions and understand how the world works”. Iwata student, IKUSHIMA Ami spoke on behalf of the new course students, “I decided to take part in this course because I wanted to use English and communicate with people from all around the world. I’m really looking forward to learning things that can’t be learned at other high schools in Japan”. 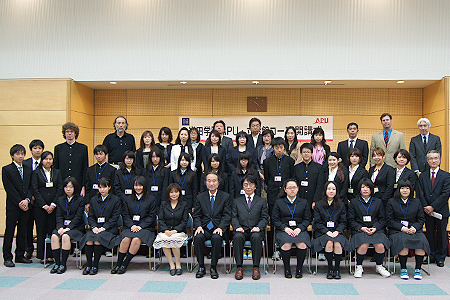