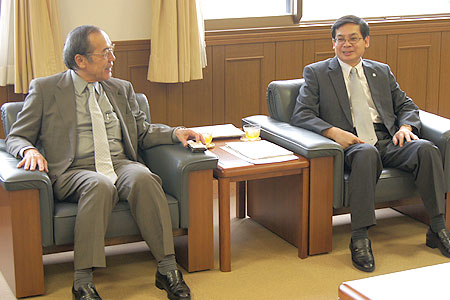 During their meeting,Vice-President HIRATA spoke of the important role that Vietnamese students play on the APU campus and commented that, “Over the last few years, Vietnam has become the third most highly represented nationality at APU following China and Korea. Every year we send recruitment missions to all main cities of Vietnam, such as Hanoi and Ho Chi Minh City, and with the continued expansion of the Vietnamese economy, we are looking further afield in Vietnam to recruit more outstanding students”. In response, Consul General Vu Huy Mung stated that “APU is gaining greater popularity in Vietnam and we hope that APU can contribute to the development of Vietnamese students. I am also very glad to hear that our students are playing an active role in exchange and events with the local community”.

Following the meeting, Consul General Mung enjoyed a tour of the APU campus guided by a group of Vietnamese students before attending the Vietnamese Week Grand Show.
APU currently has 205 students from Vietnam and has concluded agreements with 13 Vietnamese universities and institutions. 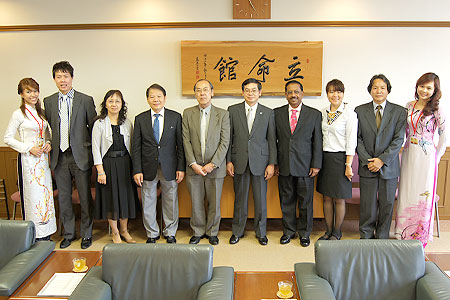