On Wednesday, June 13, 2012, a ceremony was held to mark the achievements of eight students who produced outstanding results in the APU-Note pre-entry learning project for first year students. President KORENAGA attended the ceremony, praised the students on their efforts and handed each recipient a certificate of recognition. 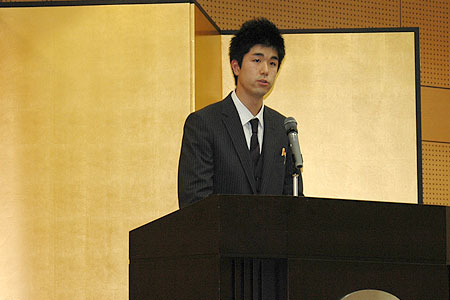 APU-Note is part of the University’s pre-entry projects that invites soon-to-be APU domestic students to learn more about the different countries and regions represented on campus based on a theme of the students’ choice.

Each page of the APU-Note has a template for each of the 78 different countries and regions represented on campus. The task offers students the opportunity to be creative, imaginative and use colours and pictures to introduce each country.
The winner for this year, KANEKO Fumiya (APS1, Japan) focused on the meaning and history that is integrated into each country/region’s national flag.

Fumiya spoke of his achievement and his aspirations for the future, “Completing the APU-Note has helped me to learn more about each different country’s history and culture and motivated me to learn even more. I look forward to getting the most out of APU’s multicultural and multilingual campus environment, meeting and interacting with students from all around the world, and broadening my horizons”. 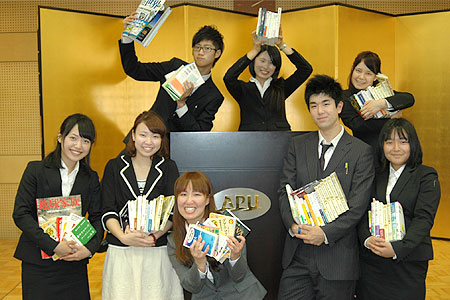