Started in 1999, this annual summit aims to “Foster People and Peace Using Japanese” and invites foreign Japanese language students to Japan as part of a program designed to promote exchange opportunities with Japanese students. To date, 221 students from 197 countries have taken part in this program. This year twelve students took part from twelve different countries including Cambodia, Sri Lanka, Serbia and Jordon. 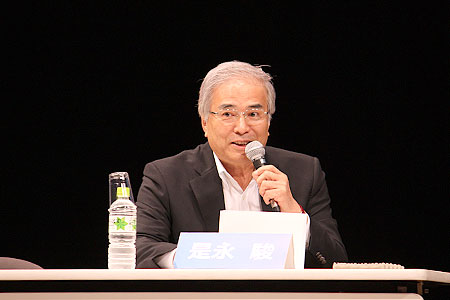 APU President KORENAGA Shun served as coordinator of a panel discussion under the title of “Peace – Kizuna For One World” as part of the Oita Nihongo Summit held on Tuesday, July 17. In front of an audience of fellow high school and university students, and speaking in fluent Japanese, the twelve participants shared their thoughts and opinions on “small-scale peace” and “large-scale peace” between governments and ethnic groups. Reflecting on these views, President KORENAGA said that “We need to search for ways to resolve conflicts in the world through dialogue (and not military force)”, before bringing the summit to a close.

Ahead of the summit, participants were welcomed onto the APU campus by President KORENAGA on Friday, July 13, and an exchange event was held with APU students.

Following the event, the group will travel to Miyazaki and Tokyo, participate in a similar summit coordinated by the renowned Japanese journalist, IKEGAMI Akira, and consider peace from a range of different angles. 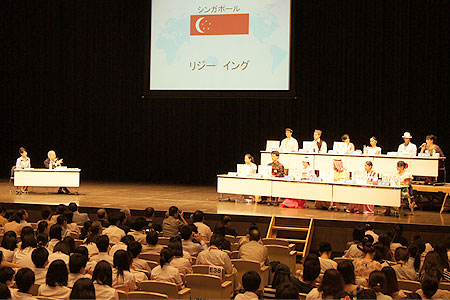