This meeting was held to deepen the cooperative relationship between the two universities. The Vice President was warmly welcomed by APU President, Monte CASSIM and various APU officials. The President talked in detail about APU's initiatives including the New Challenge Plan. 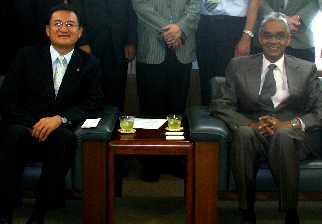