Five Mansfield Fellows from The United States of America visited APU on March 1st, 2007 as part of their study-tour in Japan. 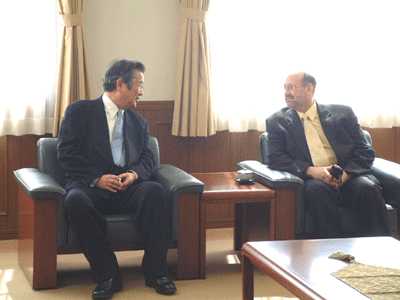 During the two-year program, the Fellows spend a year undertaking rigorous Japanese language and area studies training in Washington. And the second-year involves a year working within Japanese government offices.

The five Fellows who are the 11th participants on this program hail from various government bodies in the U.S. such as the State Department, Justice Department, Department of Transport and Health Department. Their year-long internship within Japanese government offices commenced last year in September, 2006. 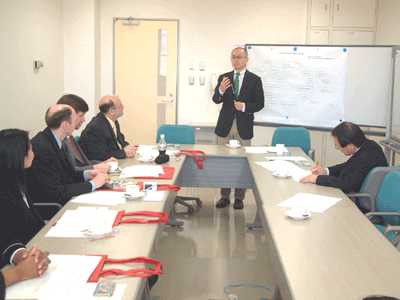 At APU, the Fellows had the opportunity to engage in friendly talks with University Executives, as well as participate in a lecture conducted by Professor YOKOYAMA Kenji on the "Present and Future of Japan's Economy".