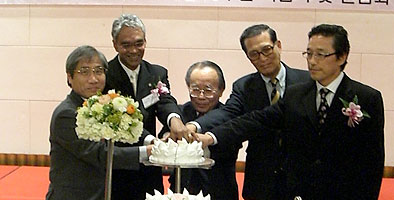 Approximately 120 people made up of members of the Korean Advisory Committee businesses, Academic Advisors, High School and University officials, parents, friends and people who have always watched over and supported APU and the Korean Office attended the event held at the InterContinental Hotel. Chancellor KAWAGUCHI Kiyofumi and President Monte CASSIM gave a few words of greeting and a progress report. There were also congratulatory addresses from guests such as LEE Un Woo Director General International Cooperation Bureau Ministry of Education, Science and Technology. Chancellor KAWAGUCHI and President CASSIM expressed their gratitude for all the support they have received, spoke about the state of APU and of their aspirations for the future "We want APU to make its contribution to the world as a bridge between Japan and Korea." 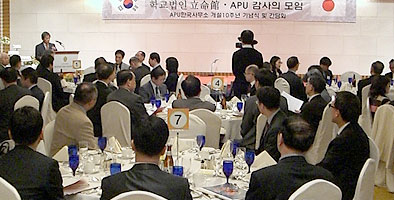