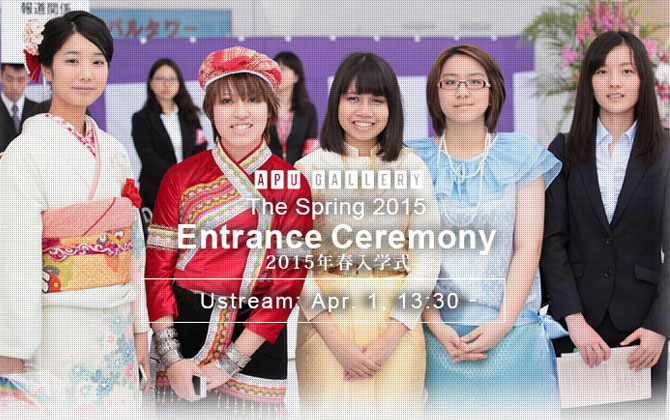 With a 50-50 student body of domestic* and international students, APU has adopted a dual enrollment system that allows students to enroll in either the spring or fall. This system was introduced to accommodate for international academic calendars. On April 1, 2015, APU welcomes about 900 new students at “The Spring 2015 Entrance Ceremony” held at the B-Con Plaza, Beppu City.

Message from President KORENAGA（link to Notes from the President）