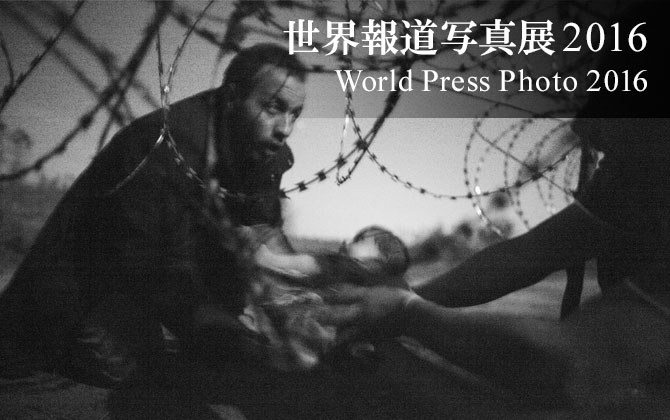 The 2016 World Press Photo exhibition will be held from Monday, July 11 until Sunday, July 24 at six locations around Japan. Once again, APU will also be a host to the exhibition this year.

World Press Photo is an annual exhibition run by an Amsterdam-based non-profit foundation of the same name, featuring award-winning photographs from the World Press Photo Content. Now in its 59th year, the exhibition is a showcase of some of the world’s very best in photojournalism. APU first hosted this exhibition in 2000, and has continued to host it every year since 2003.

A total of 41 photographers received awards in this year's contest, across a total of eight categories. Each category is further divided into singles (one image) and stories (composed of multiple images). Awards are presented for the top three entries in each category. The year's most outstanding photo is selected from among the winners and presented with the World Press Photo of the Year award. This year's top award went to Australian photographer Warren Richardson for his photo of a baby being handed through a hole in a razor wire barrier to a Syrian refugee who had already managed to cross the border from Serbia into Hungary. Taken under moonlight without flash to avoid detection by the border police, the image depicts the tense situation just before the construction of a four-meter-high barrier fence along the border. 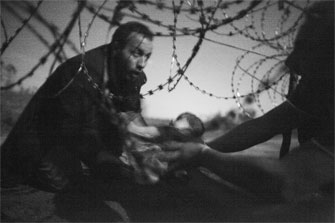 World Press Photo of the Year

A baby is handed through a hole in a razor wire barrier, to a Syrian refugee who has already managed to cross the border from Serbia into Hungary, near Röszke.