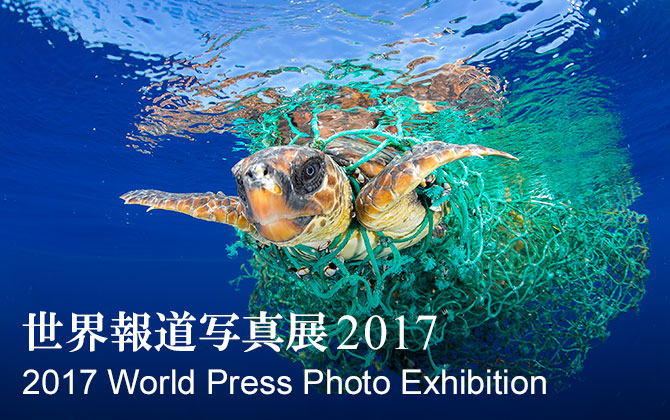 The 2017 World Press Photo exhibition will be held from Monday, October 30 until Sunday, November 12 at seven locations around Japan. Once again, APU will host the exhibition.

World Press Photo is an annual exhibition run by the Amsterdam-based non-profit foundation of the same name, featuring award-winning photographs from the World Press Photo Contest. Now in its 60th year, the exhibition is a showcase of some of the world’s very best in photojournalism. APU first hosted this exhibition in 2000, and has continued to host it every year since 2003.

The 2016 of the year, 45 prize-winning photographs were selected across eight categories. Each category is subdivided into “singles,” and “stories” which comprise multiple photographs. Awards are given to the top three photographs in each subcategory. The jury selects one photograph from among the winners as the World Press Photo of the Year. The 2016 Photo of the Year, taken by Burhan Ozbilici, shows off-duty Turkish police officer Mevlüt Mert Altıntaş shouting after assassinating Russian ambassador Andrey Karlov at an art gallery in Ankara. 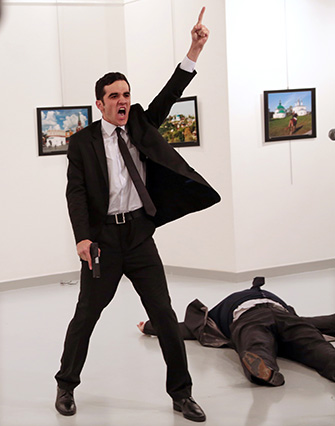 World Press Photo of the Year 2016

Spot News, 1st prize stories
Mevlüt Mert Altıntaş, a 22-year-old off-duty Turkish police officer, assassinated the Russian ambassador Andrey Karlov at an art gallery in Ankara. He was killed in a shootout with police after killing the ambassador and injuring three others.