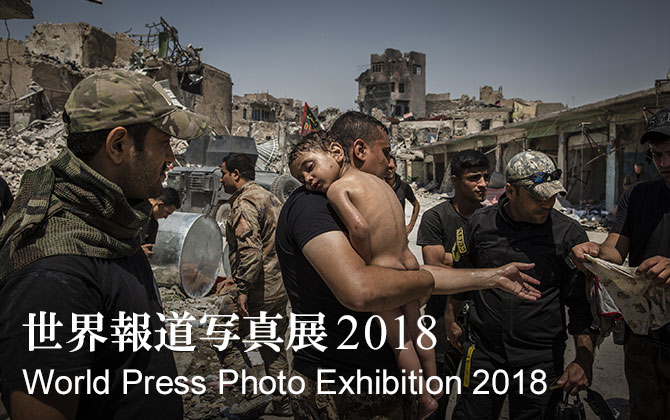 The World Press Photo Exhibition 2018 will be held from Sunday, September 16 until Wednesday, October 3 at five locations around Japan. Once again, APU will host the exhibition.

World Press Photo is an annual exhibition run by the Amsterdam-based non-profit foundation of the same name, featuring award-winning photographs from the World Press Photo Contest. Now in its 61st year, the exhibition is a showcase of some of the world’s very best in photojournalism. APU first hosted this exhibition in 2000, and has continued to host it every year since 2003.

This year, 42 prize-winning photographs were selected across eight categories. Each category (except for Long-Term Projects) is subdivided into “singles,” and “stories” which comprise multiple photographs. Awards are given to the top three photographs in each subcategory. The jury selects one photograph from among the winners as the World Press Photo of the Year. The 2018 Photo of the Year, taken by Ronaldo Schemidt, captures José Víctor Salazar Balza catching fire during a protest against Venezuela’s President Nicolás Maduro. 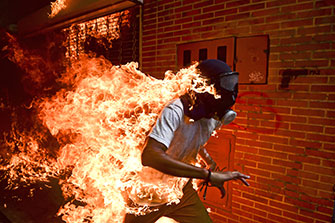 World Press Photo of the Year 2018

Spot News, 1st prize singles
José Víctor Salazar Balza is engulfed in flames during protests against Venezuelan President Nicolás Maduro in the capital of Caracas. The flames are the result of an exploding gas tank. 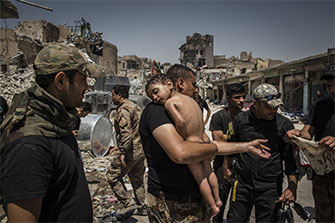 A young boy being cared for by soldiers in the Iraqi Special Forces.
The recapture of Mosul from ISIS forces resulted in thousands of civilian deaths and the ruin of many parts of the city.