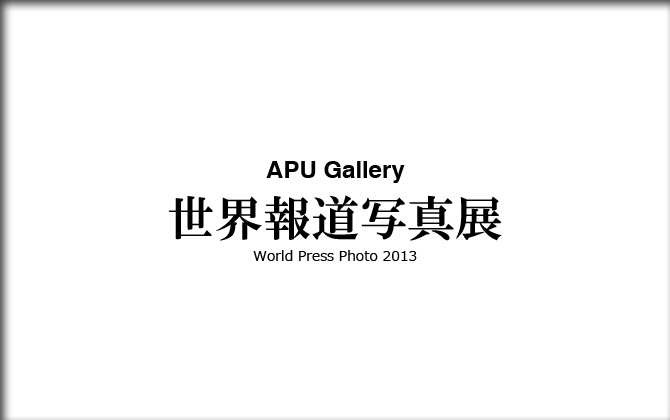 Experiencing the world through a new lens

The World Press Photo 13 Exhibition will be held at APU from Sunday, November 3rd until Sunday, November 17th. Held in approximately 100 locations around the world, this is the exhibition’s only visit to Kyushu.

The exhibition features nine sections including contemporary issues, daily life and sports feature. This year the exhibition received 103,481 submissions from 5,666 photographers in 124 countries/regions. The exhibition itself features approximately 160 selected images from 54 photographers, including Paul Hansen’s “Photo of the Year”, an arresting image of men carrying children killed by Israeli missiles in the Gaza area of Palestine to their funerals. Also included are an image that captures a jockey’s expression of joy and relief at the end of a popular bull race, the image of a woman taking a break in the middle of a slum that is home to 1,000,000 people in Kenya and other snapshots of the world in 2012.

Opening in Japan on June 8th at the Tokyo Metropolitan Museum of Photography, the exhibition will be showing at Osaka, Kyoto (Ritsumeikan University Kyoto Museum for World Peace), Shiga Prefecture (Ritsumeikan University), and at APU. These high-quality and professionally reported images give us a view into what is happening around the world, and we invite you to come along and experience the power that these images hold. 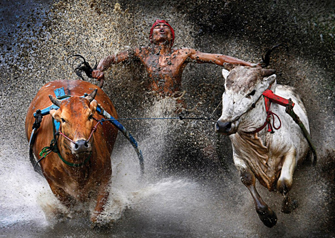 Wei Seng Chen (Malaysia)
A competitor and his charges reach the finish of a bull race, in Batu Sangkar, West Sumatra. Pacu Jawi is a 400-year-old tradition in the area, held after the rice harvest once the paddies have been cleared.