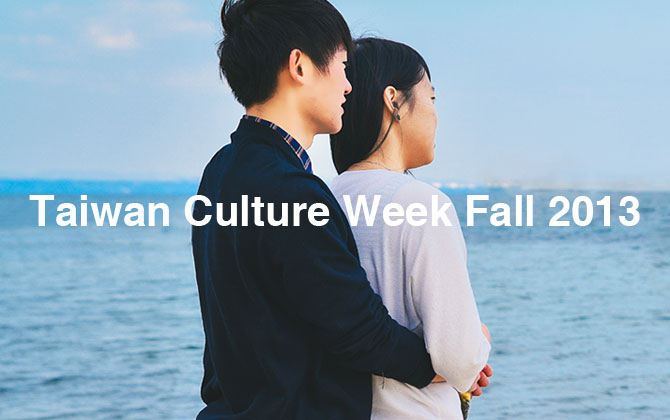 From January 14 until January 17, 2014, the Taiwan Culture Week was held at APU. A delicious array of traditional dishes was available on the cafeteria menu in addition to traditional dance and music performances held throughout the campus and the Grand Show held on the final day of the week.

Hello and welcome to Taiwan Culture Week 2014. We are honored to have this opportunity to share Taiwan’s charms with everyone at APU.
Taiwan is a small island country that is about the same size as Kyushu, but our culture is so splendidly diverse that we want to share it with the world. Our culture is a mixture of Chinese, Japanese and aboriginal Taiwanese cultures, but over the last hundred years or so, we have cultivated and combined all of these elements to create the culture of today’s Taiwan.
This year, we are proud to present you a picture of modern Taiwan with some traditional twists. On Tuesday, we will perform a popular modern dance in a traditional style parade. In the cafeteria, we will be offering traditional rice and noodles plus a famous Taiwanese dessert. Finally, in the Grand Show, our members will blend several amazing dances with a stage drama. We promise to show you the best that Taiwan has to offer, so be sure to stop by and experience Taiwan with us this week.