From Friday, April 17 until Wednesday 22, 2009, the APU student circle "Traidat" will be holding an exhibition at the APU Convention Hall displaying photojournalist NAKAMURA Goro's nearly 30 years of covering the damage caused by Agent Orange used during the Vietnam War. 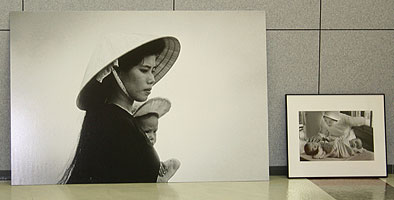 Such activities of Traidat are held in high regard and in November 2008, they were adopted into the "Asian Neighbors Network", a Toyota Foundation Grant assistance program which aims to solve the issues facing Asia. This was the first such adoption for undergraduate students.

This, the first exhibition planned by Traidat, will have on display nearly 70 pieces of Mr. NAKAMURA Goro's work which serve as a record of his long years reporting on Vietnam War victims. Mr. NAKAMURA himself will also be appearing to deliver lectures.

The word "Traidat" in Vietnamese means "the earth" and the group members chose this name out of their hopes for world peace. Decades have now passed since the Vietnam War came to a conclusion. Please come along and view this photo exhibition which hopes for peace and keeps the memory of the Vietnam War alive. 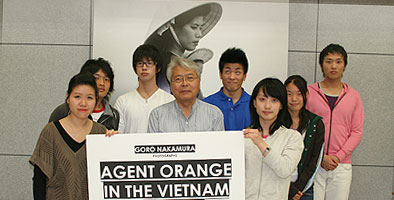 Time:Saturday, April 18, 19:00-
Venue:AP House
Entry:Free
*This lecture is for APU students and is not open to the public