From June 12 -14, 2009, the "Global Business Leaders: Business Case Challenge Spring 2009" (GBL-BCC 2009) was held for APU undergraduate students. The presentation preparation session and preliminary round were conducted on APU Campus, while the final round and formal dinner reception were held at the Fujikan Hotel, fully sponsored by TATEISHI Masaaki (the owner of Lapin-corp. Ltd). 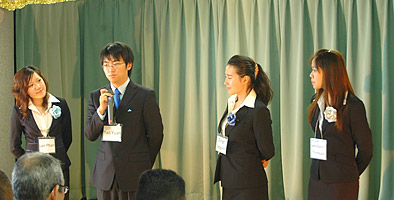 ]First introduced to APU 6 years ago by APM Associate Professor Dr. Drummond, the GBL-BCC was organized by Global Business Leaders (GBL), an APU circle founded with the aim to provide students a relaxed place to nurture leadership skills in a student-centered environment in which to freely choose and lead management-related activities and discussions.

The leader of GBL, Michael WU (APM3, Australia) said, "I would like to thank APU professors, especially Dr. Drummond, our sponsor Lapin-corp, the Student and Academic Office, and finally my staff, without whom this event would not have been a success".

The focus of GBL-BCC 2009 was: Environment & Business, Business Ethics, and Leadership. The competing twenty-four teams acted as management consultants for Wal-Mart, and were given 20 hours to analyze Wal-Mart's management problems in Japan, which have been preventing the top U.S. retailing company from succeeding in Japanese market, offer solutions for Wal-Mart's future, and deliver a 20-minute presentations in front of panel of judges of APU Professors who were acting as the Wal-Mart's Board of Directors. 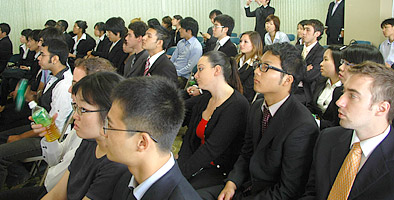 Members of Team 22 said "We feel truly honored to be able to represent APU in Hong Kong later this year. The GBL's BCC 2009 is surely a chapter of our APU life that we will never forget, a triumph that we can look back fondly on in the future." 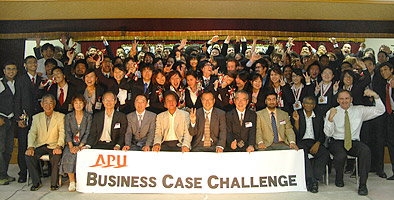