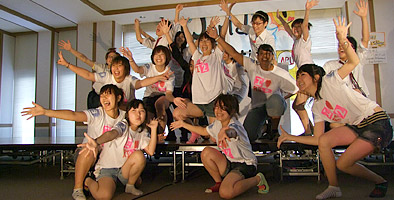 AP House residents prepared for performances, an array of foods and café stalls, and in the case of dances, they prepared their performance using the traditional songs of the different countries represented in the House. In the food section, one could taste the gourmet of a variety of nations such as Spain, Japan and Mongolia. Also, the residents preparing for cafés came up with a range of concepts for their menu to attract customers.

In the day of the World Festival, about 1300 residents had fun as they watched the events unfold at the house lobby. All residents were able to enjoy tasting at least four of the different kinds of foods available. They were also able to pick up some good bargains at the auction, another feature of the World Festival, while other residents struck it lucky and won prizes in the lottery prepared by RAs.

This World Festival event began two years ago through the efforts of House RAs with the aim of letting the residents have fun and build a sense of unity amongst the residents of AP House. It has since become the annual event of AP House. 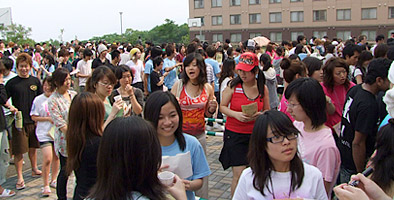