On Monday, October 12, 2009, the student theatrical group KIZUNA gave their performance of "The Witch Hunt", their 5th performance to date. 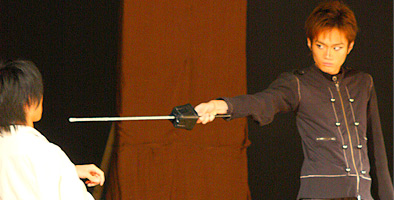 KIZUNA began their theatrics in 2005 and currently have approximately 100 members including 6 international students. They do all the screenplays, performances and casting themselves under the concept of "providing to Beppu and Oita musicals free of charge and nurturing a new performing arts culture in Beppu/Oita".

ISHIKAWA Yuji (APS3, Japan) was in charge of the screenplay for "The Witch Hunt" which is an expression of students who encounter and attempt to overcome the cultural clashes that occur on the multicultural campus of APU.

On the day of the performance, many members of the general public also came along and enjoyed the rare opportunity to watch a live musical. The students and members of the public in the audience gave their impressions, "the show really made me think"..."It was a great stage and we could really see the amount of work they put into it".

Group representative KOTO Taiki (APM3, Japan) reflected on the performance, "While each of the 100 members had their own aims, we were all working towards the same goal. We all took on new challenges and found even more possibilities beyond the results we achieved. APU is a place which provides us with such challenges and opportunities."

Through this performance the members of KIZUNA (the Japanese word for connections or bonds) were able to deepen their bonds of friendship. They will continue to work towards providing Oita Prefecture with musicals of an even higher standard and the success of their performance next year. 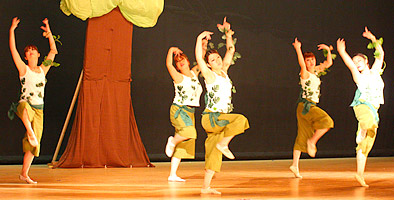