On Friday,April 2, the 2010 Professor Emeritus Title Conferral Ceremony was held at the B-con Plaza Convention Hall in Beppu City. The ceremony took place prior to the Spring Entrance Ceremony and recognized Professor HATADA Nobuyuki's 10 years of educational and research service to the University. The title of Professor Emeritus was conferred by President KORENAGA Shun. 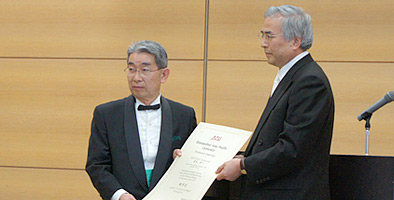 Professor Emeritus HATADA has been with APU as a Professor at the arning program. His educational research efforts have also contributed greatly to theCollege of Asia Pacific Studies since the University first opened and has made an enormous contribution to the development and implementation of the Global Active Le local community and the promotion of the long-stay tourism style. 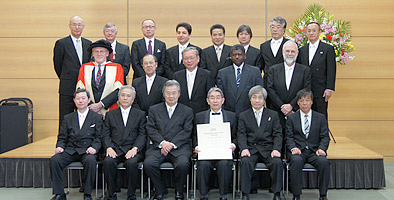