The "Thousand-year rivalry" Grand Show was held on Friday, June 18, and marked the successful conclusion of Vietnamese Week for AY2010. A huge number of Vietnamese, international and domestic students wearing red t-shirts emblazoned with the Vietnamese flag braved the summer rain and packed into the Millennium Hall. 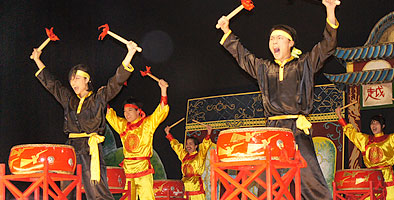 The show began with the announcement of the winners of the Vietnamese Week Photo contest and the "Best Cover" contest – which saw contestants submit original music videos of their own cover version of the song "Hello, Vietnam". The crowd was then treated to stunning scenes of Vietnam under the reign of King Hung Vuong a thousand years ago. The program then unfolded following the Vietnamese legend of the thousand-year rivalry between the mountain god, Son Tinh, and the sea god, Thuy Tinh, for the heart of the beautiful princess, My Nuong. In addition to traditional dances, a Vietnamese style wedding ceremony and celebrations, the crowd was also left with a deep impression of Vietnamese culture with a martial arts performance illustrating the clash of the mountain and sea titans. 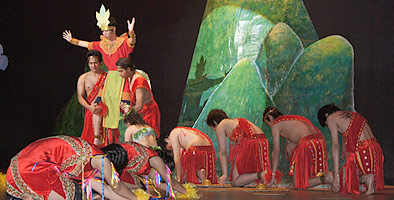 This famous Vietnamese legend of the thousand-year rivalry between the mountain and sea gods, describes their epic battle to win the heart of Princess My Nuong. The mountain god, Son Tinh, initially succeeds in marrying the Princess only to be attacked by floods, heavy rain and rising seas caused by the heartbroken Thuy Tinh, the sea god. Legend has it that this rivalry still continues today and that the floods that strike Vietnam every year are the sea god attempting once more to win the heart of Princess My Nuong away from Son Tinh. 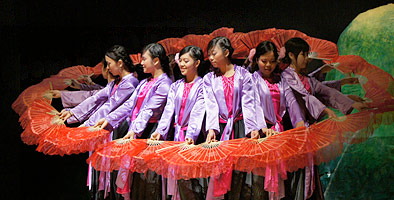 Coming to the show in support of her Vietnamese friends, Siripa ANUNTAWONG (APS4, Thailand) commented on the Grand Show, "I was very impressed by the battle theme between the mountain and sea gods. I also enjoyed the modern dance and look forward to enjoying more traditional dances in the next Vietnamese Week Grand Show".

Looking back on the show, director of the Grand Show, NGO Hong Vu, (APM3, Vietnam) spoke proudly of the performance, "Vietnamese Week Grand Show was a success thanks to the enormous and combined effort of everyone involved, both Vietnamese, international and domestic". 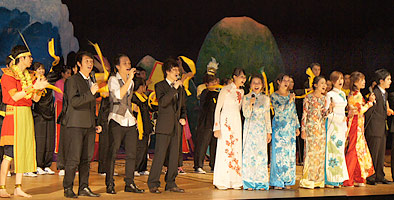