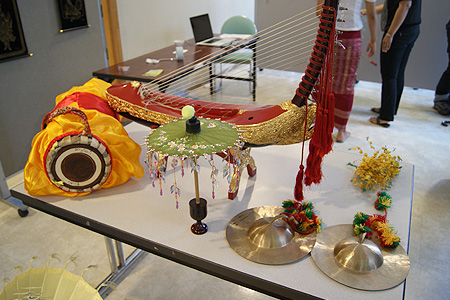 The next installment of the AY2011 Multicultural Weeks, “Myanmar Week”, kicked off on Monday June 20 and will run until Friday 24. During the week, a number of colourful events will put the spotlight on the unique Myanmarese culture and language.

The five-day program offers event goers the opportunity to taste traditional tea, try on folk costumes, and enjoy the Myanmarese New Year’s Water Festival and “Thadingyut” candle festival. In addition, a special range of exotic and traditional Myanmarese dishes will be available at the Cafeteria for a limited time at reasonable prices.

Held on the final day of the week, the “Grand Show” will feature a range of traditional performances including a dance dating back the ancient Kingdom of Bahgan, a sword dance, and the Pathein Htee (umbrella) dance. Audience members will also be offered a complementary key-ring decorated with Myanmarese handicrafts.

Tuesday, June 21. 19:00 – 20:00 @ in front of fountain
(NB: to be cancelled in the event of rain)
Thadingyut Candle Festival
A recreation of the Thadingyut festival held in October in Myanmar which involves lighting candles in a show of appreciation to our parents, teachers and people who have helped us.

Thursday, June 23. 12:10 – 12:25 @ in front of fountain
Water Festival
Held as a way to wash away doubts, bad feelings, and help us make a fresh start in the New Year. This event is traditionally held in April in accordance with the old Myanmar calendar. 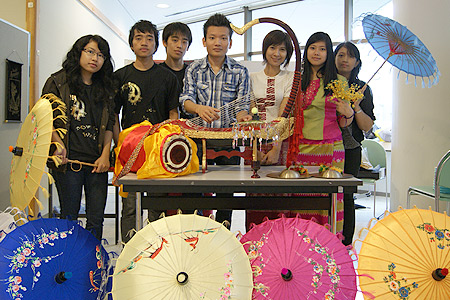