On Saturday, September 17, 2011, the APU Women’s Athletics Team secured their spot at the All-Japan Intercollegiate Women's Ekiden (long-distance relay) Championship with a second place finish at the 29th Kyushu-Block Qualifying Round held at the Kurume Athletics Ground in Fukuoka Prefecture. Although missing out on the national championship last year, this will be the team’s 10th appearance at the national championship. 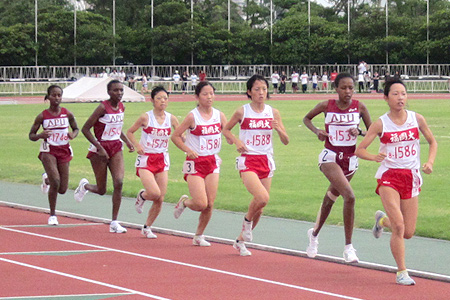 Each of the competing six-member strong teams vied for the best total time over six 5000m sections with each section completed by a different runner. The APU Women’s Athletics Team posted a solid result with a total time of 1h, 46min, 13.82sec.

On the following day, MIYAMOTO Takeshi (APM4, Japan) produced an outstanding result placing second in the men’s 1500 meters with a time of 4:01.04 at the 39th Kyushu Intercollegiate Athletics Competition. Congratulations Takeshi on your great performance! 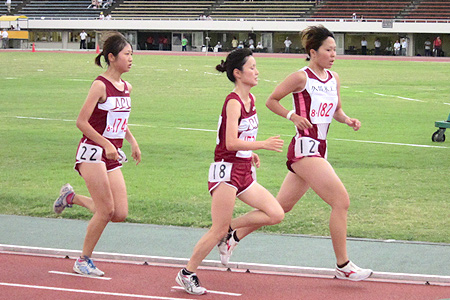