On Wednesday, September 21, 2011, Ms. Fawzia TALOUT MEKNASSI, a renowned international journalist and social activist from Morocco, delivered an RCAPS* seminar on the topic of “New Media, Movement toward Democracy, and the Place of Woman in Islamic Societies.” The seminar provided information about the country’s current transition toward economic, social and political democracy according to the newly established constitution. The role of new media in this transition and the changes in the social status of women were also major themes. 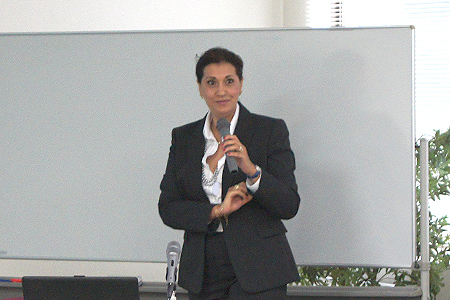 Ms. Fawzia TALOUT MEKNASSI first addressed the establishment of the New Constitution in Morocco, which was enacted recently this year in response to the Februrary 20th rallies by the people of Morocco for constitutional reform and democracy. The success of the New Constitution is yet to be determined but the key to it is “balance of power between the monarchy and the government”, said Ms. MEKNASSI.

Next, Ms. MEKNASSI discussed the active role of woman in the revolution promoting gender equality. She explained the increasing popularity of Islamic feminism and argued that it is proving to be more effective than secular feminism because it uses Islamic arguments and alternate interpretations of the Quran to overturn repressive laws.

At the end of her lecture, Ms. MEKNASSI emphasized the crucial role of new media in the revolution. She stated that new media resources such as Facebook and Twitter “filled the gaps” in the information provided by strictly controlled state-based media. Also, it “broke down the barriers of communication and enabled the revolution to evolve beyond communities to an international stage” said Ms. MEKNASSI.

RCAPS was established in July 1996 with the aim of promoting research into the comprehensive developments and the challenges that face the Asia Pacific region in the 21st century. RCAPS seminars are held regularly at which lecturers from both on and off the campus are invited to share research findings in the field of Asia Pacific Studies. 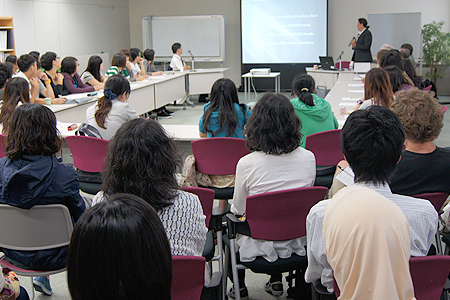