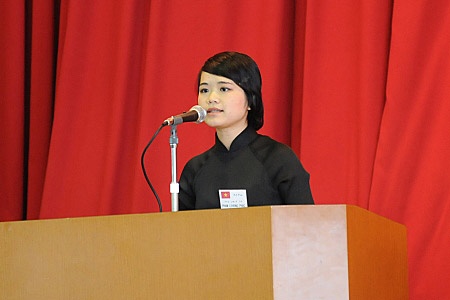 Hosted by the Goto Gakuen Trust, this annual contest is held in order to promote international understanding and is open to foreigners who have lived in Japan for less than 5 years. Nineteen exchange students based in Oita Prefecture submitted entries of which fourteen were selected for the contest including four students from APU.

Grand Prize winner, PHAM Le Hong Phuc, delivered a speech under the title of “where the nursery tales begin” during which she illustrated episodes from her early days in Japan and the support she received from members of the community. Her speech spoke of how she wants to spread the Japanese community spirit around the world. Ms. PHAM commented on her success, “I don’t have a lot of confidence in my Japanese pronunciation so I spent many hours practicing in front of my Japanese teachers and friends and paid special attention to my pronunciation when I finally delivered the speech. Winning the grand prize has given me more confidence in my Japanese ability”. 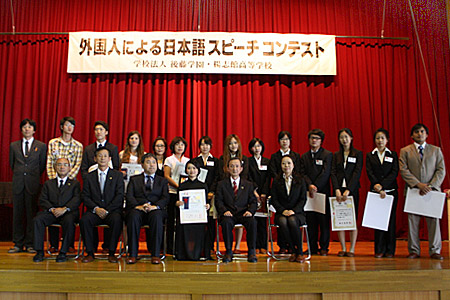