On Monday, October 3, 2011, a Chinese traditional performing arts performance was held by the Zhenjiang University Wenqin Art Troupe at the APU Millennium Hall. Many people came along to watch the show and it proved to be a hit with each section of the program receiving rousing applause and cheers from the audience. This event was hosted by the Ritsumeikan Asia Pacific University Confucius Institute. 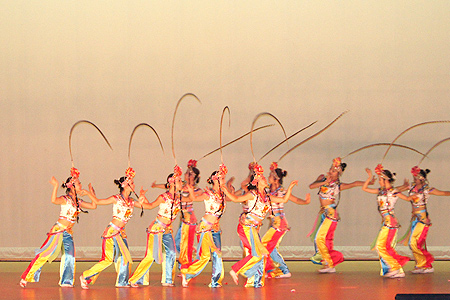 In addition to faculty, students and staff, many local citizens also came along to enjoy the show. One audience member spoke of how he was impressed by the brilliant Chinese performances and how he hoped to watch the show again in the future.

Japanese Tour Program leader (LIU Weichao, Zhejiang University), commented on the show, “We were very glad to conduct this show in APU and have been preparing for this for almost two years. Although our students have lots of academic commitments, they managed to set aside time to practice with us. We sincerely hope that the show contributes to cultural exchange between the Chinese and Japanese people.” 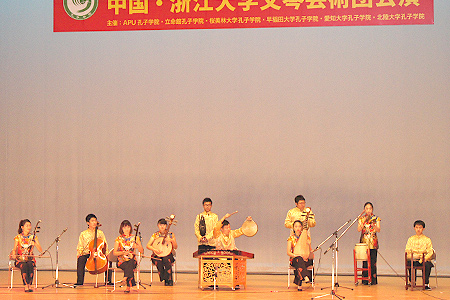