Multicultural Weeks are being held again this year on the APU campus. Held over a month, this event will put the spotlight on some of the many countries & regions represented on the APU campus and introduce their different language and cultures. Staring on Tuesday, January 10, the third installment, “African Week”, will run until Friday, January 13. 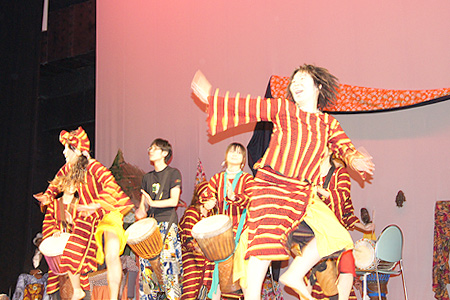 This year’s African Week will feature a display of African traditional costumes, ornaments and handicrafts at the cafeteria, a soccer tournament, and much more. There will also be a range of African dishes available on the Cafeteria menu.
On the last day of the week, the African Week Grand Show will feature a powerful stage performance including traditional music and dance routines from different African countries.