Making its first appearance at APU in five years, Sri Lankan Week featured a range of colourful events. The Grand Show started with a ceremony for the winners of the Wednesday, December 7 cricket tournament. A memento was presented to the winning Sri Lankan team and also to the runner-up Bangladesh Team. 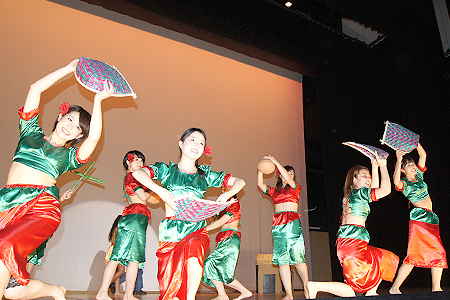 The show followed the story of a Sri Lankan-style wedding ceremony and featured a peacock-inspired “Mayura” dance and a “Puja” traditional dance, in addition to gorgeous modern dances and a colourful fashion show of traditional dresses. 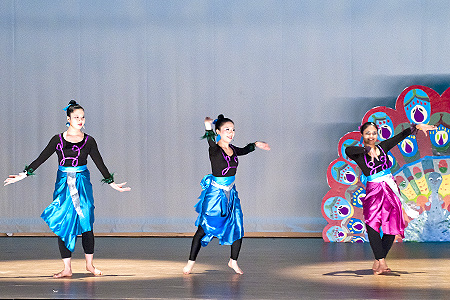 In between performances, students added a touch of humor to the proceedings by telling the story of a young man who travels to Sri Lanka to celebrate his friend’s wedding, travels around the country, and ultimately falls in love with a local girl. The show proved very popular with the audience and got many laughs throughout. 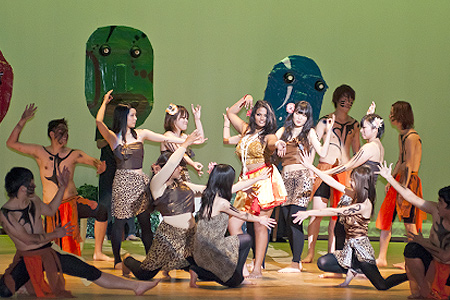 Sri Lankan Week representative, ANANDAGODA Pubudu (APM4, Sri Lanka) spoke of his motivation to hold this event and expressed his thanks to everyone involved. “My brother participated in the last Sri Lankan Week and I have always wanted to get involved in this event just as he did. In the past we didn’t have enough Sri Lankan students to hold an entire Multicultural Week and it was just great to be able to do it this year. The success of the event is thanks to the enormous assistance of the 30 Sri Lankan students, the 110 other student participants, and the many faculty, staff members and friends that gave their support”.

Participating countries for the Fall Semester 2011 Multicultural Weeks are as follows: 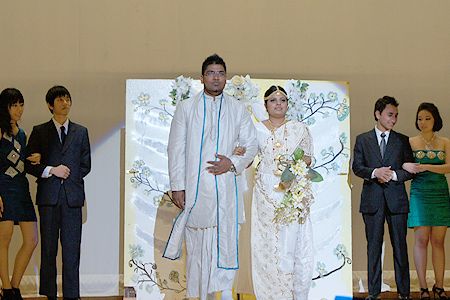