From November 28 to December 9, 2011, APU welcomed sixteen public officials from Guatemala for a two-week training course entitled “the Promotion of Local Industries for Guatemala.” This training course was commissioned to APU by the Japan International Cooperation Agency (JICA). This year was the second time a training program was held for a group from Guatemala.

In Guatemala, 85% of the workforce is employed by small businesses. Because of this, the Guatemalan government is putting a lot of effort into supporting small businesses through industry promotion, with the aim of creating jobs and alleviating poverty. As part of this initiative, administrative officials from various levels of national, departmental, and municipal agencies came to Japan to participate in this training program. 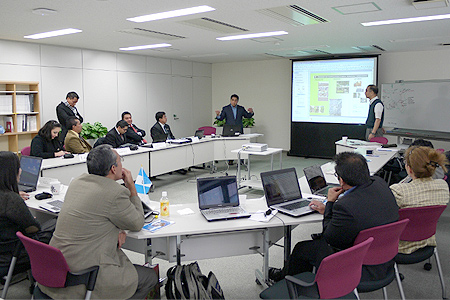 The training consisted of theory and discussion about community capacity development (*), planning and evaluation, the OVOP Movement and the “Onpaku Model” (**). Additionally, trainees were able to attend a lecture at Oyama-Machi and stay overnight with a Japanese family there. They also made field trips to Beppu’s Kannawa area, Ajimu, the Oita OVOP International Exchange Promotion Committee, as well as experienced the Nagasaki SARUKU program – a tourism walking tour initiative promoted by Nagasaki City.

Ms. Zarazua Sesam Gloria Esperanza Del Carmen gave her reflections on the training. “As a representative of my community, I want to apply what I learnt in Japan when I return to my country. I hope there will be changes that bring Guatemala out of poverty in the medium and long-term”.

Since first being commissioned by JICA in 2006, APU has received JICA trainees from many countries around the world. In early 2012, further training is scheduled to be held for groups from Nepal and Colombia.

* Community Capacity Development
This process involves the improvement of local community skills to deal with regional issues at the individual, organizational and social level. 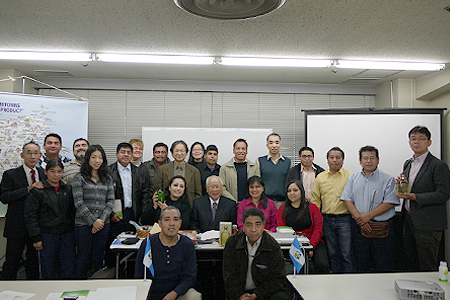