On Monday, December 26, 2011, the “UNESCO School Workshop in Oita (Beppu)” was held at the B-Con Plaza by APU, the Ministry of Education, Culture, Sports, Science, and Technology (MEXT), the Japanese National Commission for UNESCO, The Kyushu University Faculty of Languages and Cultures, and the UNESCO School Support University Network (ASPUnivNet)*. This workshop was attended by 61 representatives from educational institutes in Oita Prefecture and further afield with an interest in the Education for Sustainable Development (ESD)** programs being promoted by the UNESCO Associated Schools Project Network (ASPnet)***.

Director of the MEXT Office for International Affairs, International Cooperation Policy Division, Mr. ASAI Takashi; and Trustee at the National Federation of UNESCO Associations in Japan, Mr. YONEDA Shinji, delivered keynote speeches during which they introduced some of the basic concepts of ESD, and the role and utilization of ASPnet. The gentleman also gave practical examples of projects carried out at affiliated primary, junior and senior ASPnet schools. 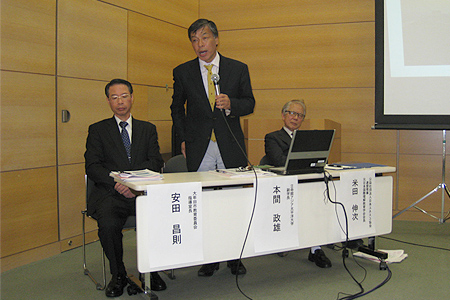 The workshop proceedings were facilitated by Professor KUNIAKI Yamashita (Kyushu University Faculty of Languages and Cultures) who also joined keynote speakers Mr. ASAI, Mr. YONEDA, Mr. YASUDA Masanori(Director of the Omuta City Board of Education Teacher Instruction Division), and APU Vice-President HONMA Masao for a panel discussion under the theme of “UNESCO School support organizations and bodies”. Being held in Beppu for the first time, this workshop was well received by the audience who actively interacted and asked the panel members many questions.

APU became a member of ASPUnivNet in May, 2011, and continues to utilize its educational resources for the benefit of grass-roots regional education.

*The UNESCO School Support University Network (ASPUnivNet) was established in December 2008 after an appeal by the Miyagi University of Education. With 17 affiliated universities throughout Japan, the network allows members to apply and utilize their ESD programs as UNESCO School partners.

*** UNESCO Associated Schools Project Network (ASPnet)
ASPnet was established in 1953 in order to establish in educational settings around the world the vision that was set out in the UNESCO charter. To fulfill this aim, ASPnet carries out comparative research of practical international understanding education initiatives, and has developed into a community that regulates this process. ASPnet currently has 9,000 member schools in approximately 180 countries around the world. In Japan, the promotion of ESD is carried out by MEXT and the Japanese National Commission for UNESCO. There are currently 308 kindergartens, primary schools, junior and high schools, and teacher-training universities that are network members (as of June, 2011). 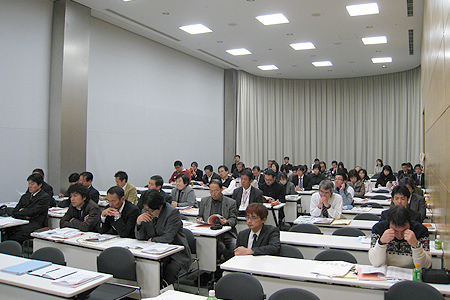