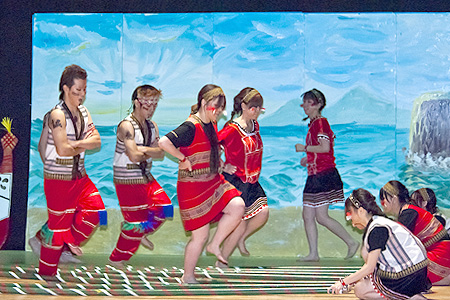 The show was based on the story of two families; a gangster family and an aboriginal Taiwanese family. Two babies are born – one to each family – but are secretly switched by the mother of the gangster family. Through a range of performances, the show told the tragic story that unfolded. 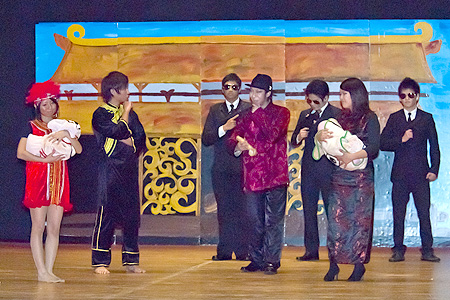 Approximately 100 students including 60 non-Taiwanese students took part in the wonderful drama that showcased Taiwanese culture, including the contemporary “TaiKe Dance”, “Bamboo Dance” and the traditional “Chief guards of Ksitigarbha” – a traditional dance with fierce face paintings and colourful costumes. 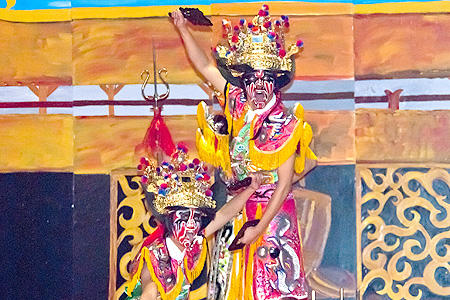 OTSUBO Yuki (APS4, Japan), who participated to the Taiwan Culture Week for the second time, shared his thoughts on the show, “At first, I thought we would not have enough time to prepare, which was a major concern. However we got better and better as we practiced and in the end we put on a great performance thanks to the cooperation and harmony of all members.” 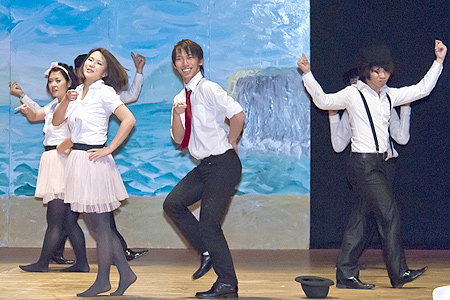