From Thursday, March 22, until Saturday, March 24, 2012, the AABRI 2012 Conference was held in San Antonio (Texas, USA) at which APU Professor ZHANG Wei-Bin won the award for the Best Paper of the Conference. Entitled “Global Trade and Economic Growth with Endogenous Knowledge”, Professor ZHANG’s paper investigated global growth with capital accumulation and knowledge creation. This symposium was hosted by the Academic and Business Research Institute (AABRI). 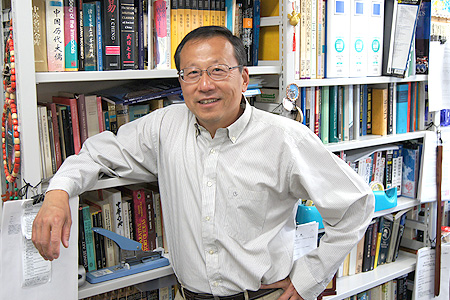 Divided into twenty-two sessions, the three-day conference brought together over 100 researchers and academics from around the US and further afield including Japan, Taiwan, Pakistan and the Middle East, who presented papers on a range of themes including education, management, finance, and marketing.

Professor ZHANG’s paper described a range of models he developed for global economic dynamics including knowledge utilization efficiencies, propensities to save and national populations. He then demonstrated the models with three case economies in the developed, industrializing and underdeveloped economies. His models displayed how increases in the population of developed economies can benefit all countries, and conversely, how population increases in underdeveloped countries have a negative impact on all economies in terms of per-capita wealth and consumption.

We congratulate Professor ZHANG on this achievement and look forward to more great results from our faculty and student body.