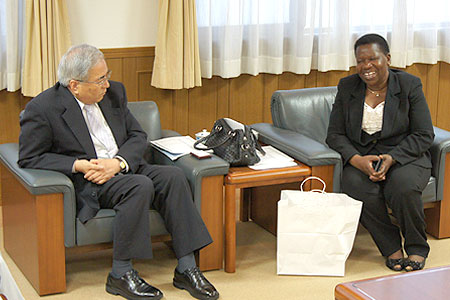 During the discussions, Ambassador SIJAONA expressed her desire to establish stronger links between APU and Tanzania, “I have always been interested in APU as an international university and I am glad to think that our Tanzanian students have the opportunity to study in and experience such a multicultural environment”. In response, Vice-President HOMMA stated that, “We are keen to attract students from all over Africa and around the world to contribute to our international campus community. We believe that this diversity greatly helps to stimulate our students’ interest in Africa and the international society”.

The group then discussed the possibilities for greater collaboration between APU and Tanzania including student exchange and research opportunities. Pro-Vice President PORTER commented that “Tanzania has a fascinating history, particularly its fight for independence, which provides an interesting case study for our students studying international relations. I hope that we can also work together in the areas of tourism and environmental studies”.

Following the discussion, Ambassador SIJAONA agreed to become a member of the APU Advisory Committee as an Ambassador Member. APU currently has three students from Tanzania and 42 students from Africa. 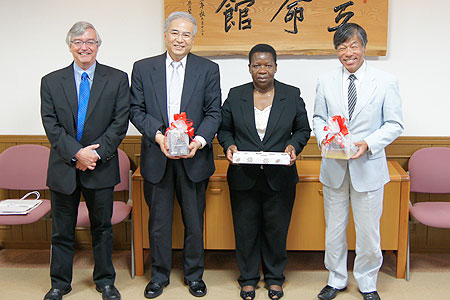