On November 23 and 24, 2012, the International Association for Asia Pacific Studies (IAAPS) 3rd Annual Conference was held at the Department of Japanese Studies, the Chinese University of Hong Kong. Co-sponsored by APU, the conference was held under the theme of “Change in the Asia Pacific World: Challenges and Opportunities”. 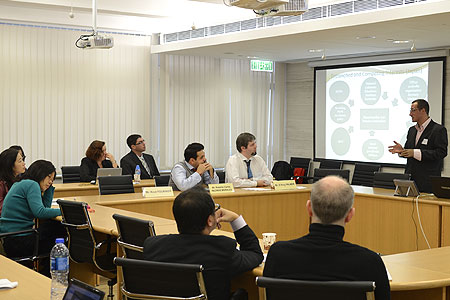 The conference was held in parallel sessions each focusing on a separate aspect of Asia Pacific studies such as ethnicity, language learning, regional security, resource management and literature. The conference kicked-off with a welcoming speech by IAAPS President and inaugural President of APU, SAKAMOTO Kazuichi.

Looking back on the conference, JAYAGODA shared his impressions: “It was a great honor for me to present at the IAAPS conference and I gained a lot of valuable feedback from the audience that will help me to further shape my research. I also look forward to presenting again in the upcoming 4th IAAPS conference scheduled to take place in the Philippines”. 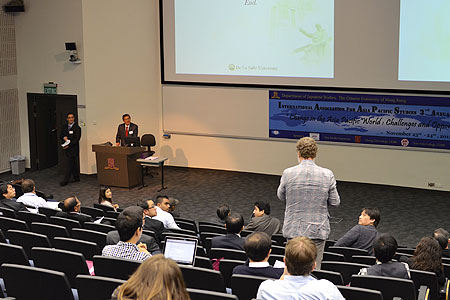 The Iｎternational Association for Asia Pacific Studies (IAAPS) was established in 2010. The IAAPS aims to shape and promote Asia Pacific Studies, and contribute to the further development of the region through the accumulation and publication of research in particular disciplines and on subregions of the Asia Pacific. 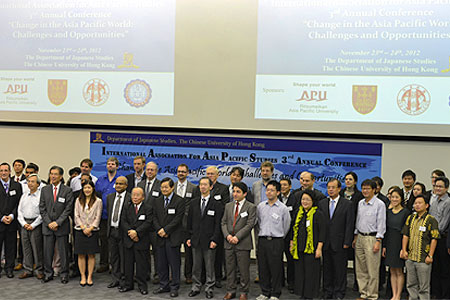