On Saturday, June 27, an event was held in the APU Convention Hall for students and other APU community members. The event, which was hosted by the APU student group “KOKOKARA”, was entitled “Knowing What to Know in APU”.

Dr. HAYANO Ryugo, a professor at School of Science, the University of Tokyo, was invited as a speaker for the event. In addition, Mr. ITOI Shigesato, representative director of Tokyo Itoi Shigesato Office Co., Ltd. also participated as a guest. 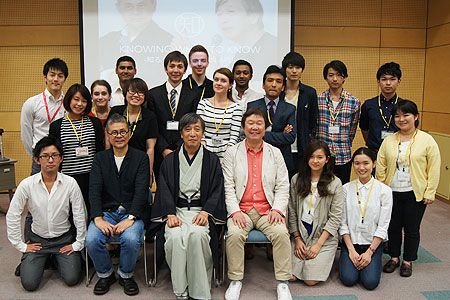 The event began with the APU student group “KOKOKARA” giving a report on their February 2015 study tour to Fukushima. This was followed by a lecture in English from Dr. HAYANO on research initiatives after the Great East Japan Earthquake-induced nuclear accident, including data analyzing the effects of radiation, studies examining samples of school lunches, and development of a device to measure the internal effects of radiation exposure on children. 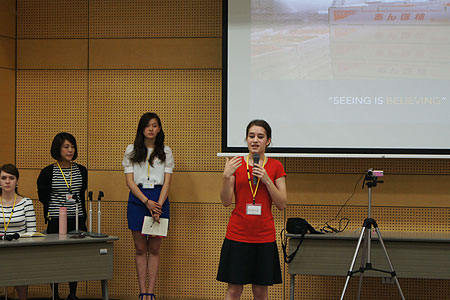 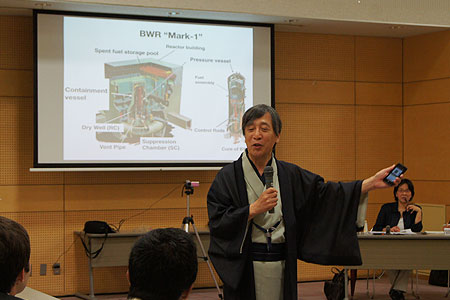 The event concluded with participating student panelists and students from the audience gathering around Dr. HAYANO and Mr. ITOI and engaging in an exchange of views. APU students from seven countries – Uzbekistan, Afghanistan, the United States, Vietnam, Germany, Japan, and Bangladesh – took part in the event as panelists. In response to Dr. HAYANO’s lecture, student panelists started by sharing what they had heard in their own countries regarding the nuclear accident. Debate also emerged on how we as viewers should assess information disseminators such as advertising and media both in Japan and abroad, and how we should behave when we are the ones spreading information through social networking sites. The discussion provided an opportunity to consider various perspectives on the importance of ‘knowing’ and of ‘knowing what to know’, not only for Fukushima but for problems and events occurring all around the world. 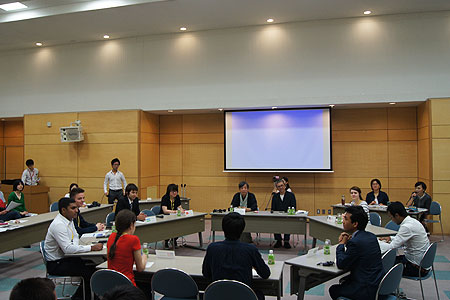