The 4th APU Cultural Festival "TENKUSAI" was held on October 28 and 29. 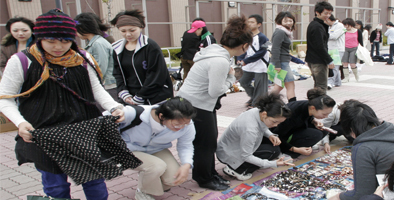 There were food stalls run by students selling original and ethnic food, as well as a flea market. In addition, there was APU's very own version of "Where's Wally, and a World Costume Photo Studio. The students injected their own unique ideas into each stall, so all visitors were ensured of a great time!

There was also a stage with various performances, such as Wadaiko (Japanese traditional drumming), Samurunori (Korean traditional music), student rock bands and more! You could also enjoy many performances at the Cafe stage, for example audience favorite "Taketori Story" (The Tale of the Bamboo-Cutter), the Karate Club and music by the Japanese Traditional Music Club. A spectacular fireworks display took place on Sunday 29th at the Night Festival. 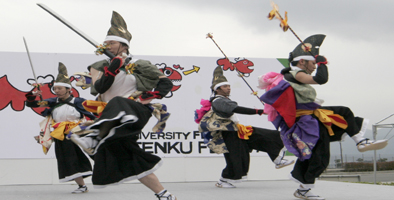 Homepage of the APU University Festival Committee "Base Events"
https://www.apu.ac.jp/circle/basevent/ (Japanese only)