This initiative was set-up by the Thai Ministry of Foreign Affairs in honor of the 120th Anniversary of Japan-Thailand Diplomatic Relations in 2007, which supports selected "grass-roots movements" which foster good relations between Japan and Thailand.

The "Supporting Local Communities 2007" movement which PRENGO plans to carry out in February 2007 was nominated for this Diplomatic Relations program. In addition, PRENGO was also the recipient of the 6th SONY Marketing Student Volunteer Fund for the 3rd consecutive year since 2004.

The "SONY Marketing Volunteer Fund" mainly supports activities which are carried out by university students. PRENGO plans to use this subsidy towards "Supporting Local communities 2007" in cultivating herbs with children and improving the quality of residents living in Thailand.

"Supporting Local Communities 2007" will be carried out over 21 days from February 6th to February 27th. PRENGO plans to visit Ban Khao Huai Mahad School, its surrounding districts in Banchang City Rayong Province, various Japanese companies, and research facilities connected to the One Tambon One Product Movement (OTOP), which is the Thai equivalent of Oita Prefecture's One Village One Product Movement (OVOP).

Please refer below for the program schedule.

PRENGO will hold a photograph exhibit of projects undertaken in 2006 at the APU cafeteria exit from January 18th to February 2nd. We hope many people will come and view the photos and discover what this NPO is up to. 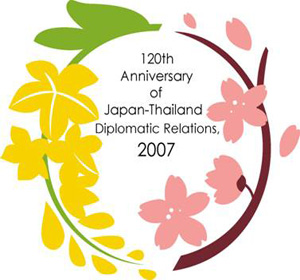