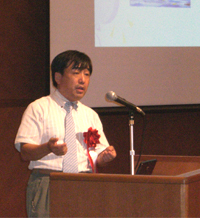 During his lecture on the theme of 'Increase Academic Ability in One Year', Professor Kageyama made the comment that "one of the keys to increasing academic ability is having the kind of lifestyle that encourages learning". He also spoke about what happened when the 'lifestyle of going to bed early, waking early and eating a proper breakfast' was put into practice.

The 300 hundred or so audience members took notes studiously as they listened to Professor Kageyama's points on raising academic ability, comments based on many years of experience in the educational field. 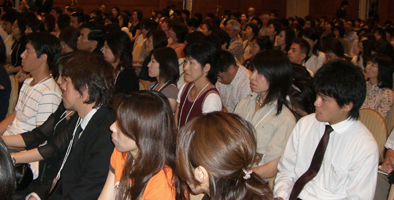