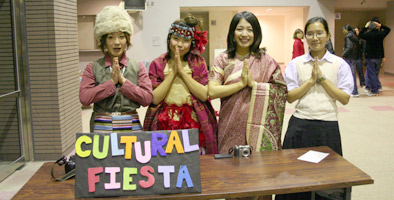 The Cultural Fiesta was held with the aim of promoting and increasing the awareness of APU's multicultural environment and also to enhance interaction between students through the various performances.

This stage event focused on two APU students who meet again long after graduation and reminisce about their student life at APU. In order to introduce the culture of various countries and regions, the story was told through performances including the Myanmar Burmese Candle Dance, the Indonesian Jakarta Welcome Dance, and the Samoan Girls Dance.

For the final performance, the students took to the catwalk for a fashion show to introduce the national dress of 20 countries and regions around the world, and the curtain closed on the Millennium Hall to a rainbow of beautiful colours. 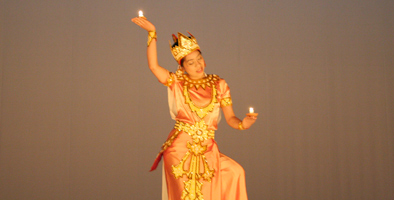