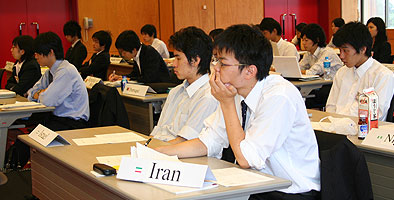 The subject for discussion was "Responsibility to protect populations from genocide, war crimes, ethnic cleansing and crimes against humanity". The participants discussed how, and under what terms, the UN can do to save the innocent when a large scale abuse of human rights occurs in a given country's parliament. Such topics were discussed under the concept of 'protecting the innocent'.

After the conclusion of the conference YAGI Erina (APS3 Japan), who is engaged in the APU Model United Nations, reflected on the success of the conference "In this event, which we have spent over half a year preparing for, we have created connections with many people such as the 18, mostly APU, student-staff; the 44 participants from around Japan, and high school students who helped to plan and participate in the conference. Furthermore, I feel that we have contributed to the further development of the Kyushu Summer Session and the Model United Nations' activities. Also, I feel that we have been able to get across to many people the need to solve the plight occurring in the world." 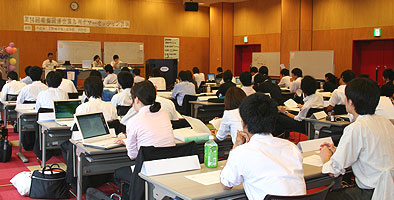